4K: You can’t get there from here

Why it makes no sense to transfer archival footage in 4K. 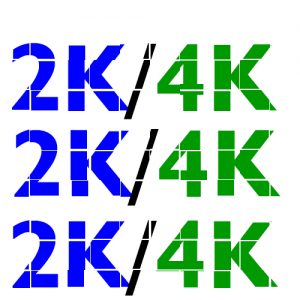 Recently there has been quite an uptick in interest to acquire transfers of archival footage in 4K. We firmly believe that 4K has no place in the archival stream. Frankly, it’s a waste of your production dollars.  The resolution isn’t there in the archival footage. The cost is exorbitant.  The storage requirements for 4K are extraordinary.

We understand the landscape

With a 57-year heritage to draw upon, we’ve worked extensively with pristine 35mm camera original for motion picture films (such as Buffalo 66) and “high end” Super Bowl commercials. What a thrill to experience first-hand, during processing, the lush and expressive inherent resolution of film—typically calculated as very close to “4K.” As the first lab in the country to transfer film high definition direct to hard drive, we also witnessed the dramatic revelation of detail made possible during our 1920 x 1080/24p telecine transfers. It was worth urging our clients to make the switch from “standard definition” to HD (“hi def”) masters for their archival transfers. The resolution, even in the 16mm film, was typically available or inherent.

Given our 13+ years of experience with HD and the tapeless workflow and our full capability to transfer 2K and scan 4K, why aren’t we pushing these services for your archival transfers whether of National Archives footage or other collections?

Our answer is one of economics and diminishing returns.

The cost of 4K goes beyond the transfer fees, which are considerably higher than the now ubiquitous 1920 x 1080/24p. Your data takes up more storage for your initial drive and also for your essential back-up.  Assuming that you have the processing power and hardware to support the 4K workflow, perhaps even more important: the resolution just isn’t in the material. So, you are not going to get any more detail by paying premium prices for 4K. You can’t get what’s not there. It’s a misperception that is hard to change. Just because you have the capacity to display 4K does not mean that less than 4K source material will look sharp.  We explore our reasoning below.

Confusion between your 4K TV and resolution in archival footage 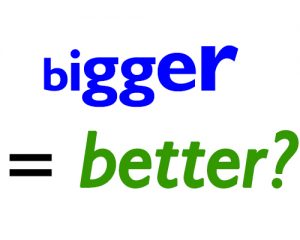 We can understand the initial attraction of 4K. Comparisons of 4K versus HD (1920 x 1040p) by manufacturers of 4K monitors and cameras seem very persuasive. 4K images can be stunning! The online reviews urging consumers to “trade-up” to 4K monitors are so appealing. The professional magazines tout the glories of 4K acquisition and theatrical presentation. We’re invited to jump on the bandwagon, even if the target for our production is a mobile device.

The compelling examples, however, typically start with footage shot—acquired— using 4K cameras. In some 2K and HD “side-by-side display tests,” resolution comparisons on the 4K monitor seem to underscore how fabulous 4K can be even for a 2K or HD program (as long as you or your viewer can afford at least a 60-inch screen, we might add.)

But what relevance do these glowing product reviews have in the archival moving image world? We are talking about monitors versus resolution available in the vintage source material. This is not the environment of 4K acquisition. To understand the difference, we need to examine the actual resolution available in your typical multiple generations-removed archival records that are preserved in collections such as the National Archives.

Let’s consider archival footage from the National Archives and Records Administration (NARA). The footage made available to credentialed vendors such as Bonolabs, is typically NOT first generation or original. Remember that the National Archives is the guardian of our national treasures, including motion picture film—whether 16mm, 36mm, or smaller gauge. NARA’s goal is not to provide your production company with pristine “stock footage.” The likelihood of ever receiving transfers from pristine archival footage from NARA is close to zero. (FYI, you cannot request original footage. You get what NARA says it has available.)

The motion picture collection at NARA is made up of film shot by and for various US government agencies through the decades, from the early 1900s on, until film was largely replaced by video record keeping. Gifts, such as the Universal News and United News newsreels, Harmon Foundation and Ford Motor Company collections, to name a few, are also part of the NARA archive.

The film records are often multiple generations removed from the original. Many of the records were prints, subject to projector damage during repeated showings. Other records are not only generations removed but were shot by amateurs. Condition issues caused by on location shooting challenges (war, lighting available, film stock, camera used), age, previous handling and storage environment, can also affect the quality and resolution available for transfer.

Some of the footage resolution is further constrained. There are many kinescopes in the NARA collection. As the reader may know, prior to videotape recording, the only way to record television programing was to point a special 16mm camera directly at a cathode ray television tube (TV). The film was processed and duplicates (dupes) were distributed. The results were often poor. (We have transferred hundreds of kinescopes for special archival libraries so we have firsthand experience with the range of inherent issues.) The resolution is sub-par and can never go above the original NTSC source. Even cleaned up with recent software tools, the result is standard definition.

What all the NARA archival material has going for it is historical value. These records are priceless time capsules. What we urge is common sense. Stretch your dollars so you can explore the collections more extensively.

Don’t just take our word for it!
Here are a few of the many industry conclusions and advisories out there. 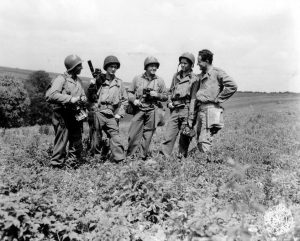 Consider the article  on the Netflix production of the World War II documentary series entitled Five Came Back (directed by Laurent Bouzereau and written by Mark Harris). The April 2017 Creative Planet article by Oliver Peters states that the team “gathered more than 100 hours of archival and newsreel footage, watched more than 40 documentaries and training films directed and produced by the five directors during the war, and studied 50 studio films and more than 30 hours of outtakes and raw footage from their war films to bring this story to Netflix audiences.” If you request NARA footage, this is your kind of show. So, pay attention to what Peters says on page 12:

“Because of the amount of the archival footage, Five Came Back was finished as HD and not 4K, as are a number of other Netflix shows.”

What kind of impact questions should we be asking about acquisition in 4K?   Veterans have weighed in on the practicality of 4K. Respected reviewer and industry consultant Larry Jordan provides thoughtful questions on 4K acquisition in his 4KHUB post, Is 4K Over-rated?   Jordan reminds and explains that “Image quality is more than just the pixels in the image.” Then there is, once again, the aspect of 4K storage: massive. And the reality question: just where will your show be viewed? In the end, he points out, “In today’s market, with razor thin margins and competition sprouting like weeds in a back lot, taking time to think over the issues can save you a ton of remorse later.”

For the indie perspective, an NAB panel discussion entitled “Why You Should NOT Shoot 4K if You’re an Indie Filmmaker”  (posted by Nathalie) provokes us to dig deeper: Nobody Can Tell the Difference; It Will Stretch Your Budget and Take More Time; The Delivery Side Can’t Hold It’s Part of the Contract (Yet).  Here again, distribution enters the argument. The post quotes Arri technical sales rep Guenter Noesner: “The improvement has to be made on the pipeline where you get this data. Streaming companies can only deliver between 6 to 60 Megabytes per second while a 4k delivery is 6,000 Megabytes per second.” … “Wouldn’t it be better to get an HD picture where you’d get more of that HD better, than to get a 4k picture where you’re getting less of it because we’re compressing it?”

4K is not necessarily 4K

Not everyone cares about the studies and recommendations of SMPTE (Society of Motion Pictures and Television Engineers) but since our president is a member of SMPTE, we do. It just might be helpful to point out that 4K today is actually closer to 3840 by 2160. See the paper by Mark Schubin.  As ingrained as the label 4K is, Ultra HD (UHD) is considered more appropriate and perhaps not so misleading. “Though the term 4K suggests pixel counts of 4,000 or 4,096, much of the so-called 4K equipment on the market actually is 3840 by 2160.” The question to raise about the equipment used for acquisition or transfer is, what resolution are you actually getting? ASK! Most likely, at a maximum, it is UHD-1 (3840×2160).

Techno geek-speak aside, one of the important statements in the paper strikes at the heart of archival transfer resolution (emphasis added): “Source material and viewing conditions — especially screen size and the distance of the viewer from the screen — are critical in examining the perceptual impact of 4K.”

Once again, if your source material is multiple generations from the pristine out-of-the-camera original, you cannot get what simply isn’t there.

We all remember the most recent 3D craze. It crashed and burned. Some industry folks invested heavily in the technology. It never caught on with the discerning public. We tested it extensively for our archival work and rejected it. The source material, even for pristine 16mm wildlife footage, could not be delivered in 3D. It seemed too gimmicky. The public was not taken in and is not yet persuaded on 4K.  You can get more bang for your buck. Wouldn’t you rather get more archival footage for your transfer dollars? You could build a complete story from NARA footage. This is what our worldwide documentary and broadcast clients are finding.

We get asked every day, what’s a ballpark figure for a 10-minute 1920×1080 10-bit uncompressed or ProRes transfer of NARA footage? Although we would need to see a completed Item Approval Request List to answer more specifically, it is easy to say that our starting price is: $95.

Compare this price with the basic price that might be quoted for a “4K” transfer.

Send us your IARL and we’ll send you an estimate promptly.